Since I was a kid, I like watching kungfu film and I have a favorite actor. He is a Chinese man and his name is Jackie Chan. I know Jackie is a famous person, he is a legend. Jackie is an actor, singer, film manager, stuntman, scriftwriter, and does many other things.

I love Jackie Chan’s films. His films can make me feel very tense because his dangerous action scenes, but also can make me laugh at the same time because his funny scenes. He has an impressive nerve in his action and he is good at comedy too. In my opinion, Jackie is the best action film actor, but particularly kungfu films. He never uses stuntmen to do his dangerous action scenes, but he performs all of his own stunts. So, he is a brave man. For me, although Jackie is not young anymore, he can still give his best performance as though he was still young.

Jackie has more than 100 films, a few of his film titles are Police Story, Kungfu Kid, The Tuxedo, Who Am I, 1911, and Chinese Zodiac. I always spend my free time watching his films. Not just me, but also my father, my mother, and my sister like his films.

3 tanggapan untuk “My Favorite Actor is a Legend, hehehe…..” 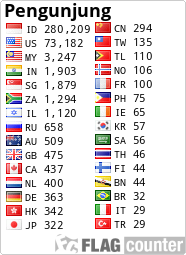 My name is Lia Afriliani. I create my world with my own soul. No matter what you say about me, cause you can't take away my dignity with your words!
I'll live as I believe!